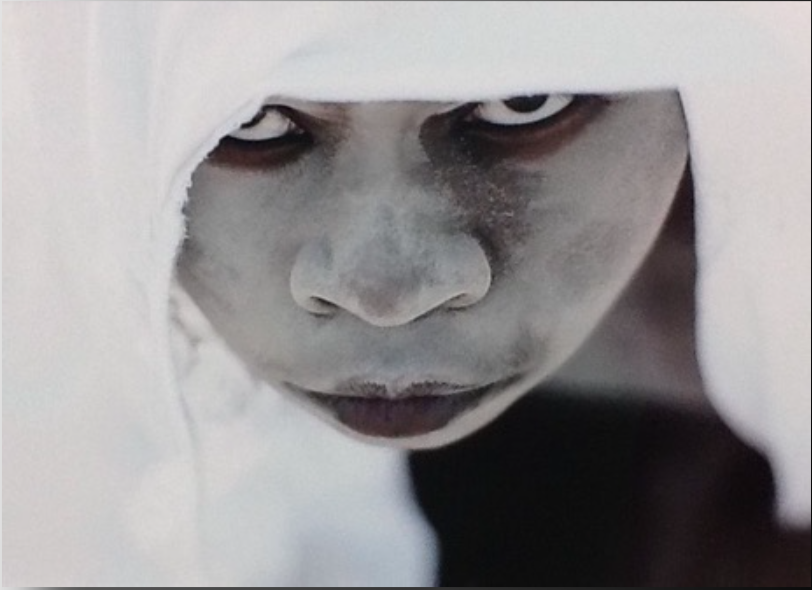 So there we were –  five creatives in the iconic West Coast fishing village of Paternoster ready to embark on a 4-day sculpture course, equipped with open minds, lots of enthusiastic energy and an eagerness to absorb the knowledge and expertise afforded us by sculptor/teacher, Dianne Heesom-Green.

Our venue was Stonefish Gallery – the colourful, vibrant, multi-creative hub of Paternoster run and owned by Dianne Heesom-Green – and a must-visit venue for anyone interested in the creative arts and the lowdown on life in this unique village. (Charlie Chaplin once owned the stretch of land that stretches out onto a promontory at the end of the long beach).

Dianne’s oeuvre is impressive. She is an award-winning sculptor who generously shares her knowledge and expertise through ceramic and painting courses, pottery classes, community projects, art exhibitions as well as showcasing in her gallery the works of artists in many different media. The gallery space is a cornucopia of creativity – ceramic sculpture, paintings, graphics,   pottery, both functional and conceptual – all unique, hand-crafted works of great variety and interest. She also provides accommodation for workshop participants  – Watershed House that accommodated us all on a modestly-priced, self-catering basis.

Day One started with a formal lecture and demonstrations on the anatomy of the human figure. Heesom-Green states that for a figure to ring true, the underlying structure (the skeleton) must be anatomically correct, no matter how far the figure is interpreted later. She is very formal and correct in emphasising the importance and necessity of studying the proportions and structure of the human figure. She demonstrated the conventions pertaining to the human figure in that the head fits eight times (she attests it is seven and a half) into the figure and she pointed out the pivotal points: taking the head measurement, one moves to under the armpits, to the waist, to the pubis, half way down the thigh, to the calf, then to the ground.

Armed with these interesting anatomical facts, she set us on our way with a limbering-up exercise. Each of us was given a ball of clay and instructed to take any pose of a figure and interpret this in clay. It was a quick, 5 minute exercise. However, soon all this anatomical seriousness called for a caffeine boost!    Next it was time to tackle another figure pose of a more substantial nature. These would be worked upon later after the initial preparatory pushing and pulling of the clay into some sorts of recognisable figures.

Lunch followed soon after with a splendid, homemade quiche and apple crumble made by local gourmet cook, Gaby Dunn. This delightful repast was taken beside the Queen Anne wood-fired stove that warms the studio/gallery. Dianne’s canine companions shared this warm space on the couch next to the stove.

Our instruction into the formal conventions of the human figure continued in the afternoon with those troublesome appendages – namely hands and feet. Feet are all triangles as expertly demonstrated by Dianne. She reminded us that the thumb begins at the wrist! She expertly cut and fashioned all five digits into fingers with knuckles, flesh and cushioned pads at the finger tips….very sensual sensors she insisted. (Think of the feel of silk as it slides past your finger tips or as your fingers trace a line down your lover’s back!)

4pm on Day One and it was time to CHILL: enough physical activity for the fingers: time to give space to the muses. Heesom-Green and Paternoster are well-suited – gentle, chilled and tuned to the sensitivities of creative souls.  Time to ‘be’………. to drift in the gentleness of down-time.

Later, it was time for supper at the one and only Paternoster Hotel. This unique watering-hole, with its vast collection of flotsam and jetsam of human endeavour – photographs, fishing gear, bar paraphernalia, eccentric bric-à-brac and all manner of kitsch draws in the temporary visitor as a vast legion of passing souls leave their marks. There are scrawled signatures on the walls and one senses vestiges of mega, marathon parties stretching far into the night…

Day Two and we tackled the construction of bigger figures created by a building technique that is unique to Dianne. A hollow structure was built up quickly with torn strips of clay. Because we were using paper clay, the inherent strength embedded by the paper in the clay we were able to keep the structures strong as they were built up vertically.  The morning’s work ethic was intense, broken only by caffeine breaks taken on the verandah outside the studio in the warm, winter sunshine. Verbal exchanges were gentle, reflective, easy and paced-down, matching the gentle ebb and flow of the grey, sea swells lapping at the beach glimpsed in the distance. All quotidian stress was far away and forgotten.

Day three began with high expectations of a breakfast out of the ordinary. This was to be at Kobus Van der Merwe’s unique (and a must-do on the Paternoster trail) restaurant, ‘Oep ve Koep’ where the cuisine is based on foraging for local ingredients on the seashore, in the sea and on the land of the West Coast. Starters were moer koffie and wild sage tea together with heerenbone, masala, sagte eier and sout slaai. Next came homemade bread, farm butter, konfyt apricos and sweet milk cheese.  Lastly, we were treated to Strandveld heuning, seasonal fruit and yoghourt. Borage blossoms were used to decorate the plates. Each table was decorated with Euphorbia succulents in glass vases. All the elements were grown, made or foraged in the area. Resting around the dining area are pensioned-off fishing boats that now serve as container gardens for herbs, flowers, and seasonal vegetables. The restaurant entrance is an Aladdin’s cave of local produce, arts, crafts and kitchen equipment. Do not miss out on this culinary adventure if you are in Paternoster but be sure to book a table well in advance.

So then it was time to start the day’s work. Our abstract forms were transformed into human mode with additions of faces, feet and arms protruding out of the strips of clay and what was on the previous day abstract sculpture, became human form. It is always a source of wonder how workshop participants are given the same basic brief and yet out of this common starting point emerge unique creative expressions of the human form. Theo Kleynhans’ robust work spoke of controlled inner emotions  jutting out of form and face. Santie de Bruyn’s figure was an unconsciously accurate expression of her gentle nature. “Solid Gold” Patrick’s figure was a wild, multi-exploratory expression of a creative soul searching to make sense of, and experiment upon, the three days of new, aesthetic frontiers he had traversed. Anatomist and grand-père Roelof’s figure was a poignant and tender exposition of mother and child engulfed in swaddling blanket on her back.  My figure was a strange, androgynous figure peering out, like a startled doe, at an increasingly bewildering world. These five, unique works were a tribute to the skilful tuition and guidance of our seasoned tutor over the short period of three days. She covered a huge amount in easy absorbed steps with clear explanations and insightful guidance to the point whereby complete beginners, as some were, were able to create a credible sculpture from start to finish in three days.

The finale to this excellent course and creative journey was a highlight in itself – sundowners on the rocks. It was the picture-perfect, Hollywood ending: the gentle, warm, sun-bathed sea, sky and land in soft, glowing, golden light. The Atlantic rollers, remnants of a storm at sea, were now quietened down to huge, heaving swells that crashed against the giant boulders lining the shore, with white sprays of water shooting up that spewed over the grey granite. Our eyes inevitably followed the never-ending fascination we have with moving water, which was coloured gunmetal grey by the gentle light of the winter sky. All around we drank in with our eyes the organic colourings of yellows, grey, grey-blue, greyish-white and soft greens of the landscape that is the calm quiet of the winter season. We laughed, we chatted, we marvelled at the scene before us, we drank wine, some drank beer or vodka, we ate crisps and took selfies as we revelled in this extraordinary beauty. Santie and Patrick jumped for joy against the setting sun – a pure burst of energy that captured the spirit of this magical time together.